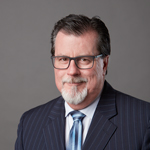 As the President and CEO of Entegrus Inc. Jim Hogan is responsible for running all facets of the business and works directly with the Board of Directors and Shareholders to meet their financial and operational objectives. Jim joined Entegrus Inc. in 2001 and held the positon of Chief Financial and Regulatory Officer before accepting the role of President and CEO in 2009. Under Jim’s leadership, Entegrus has successfully purchased and merged with 3 other utilities in South-Western Ontario, bringing the total communities served to 16. He has introduced new technology and supported renewable generation projects. Prior to joining Entegrus, Jim held leadership positions in the gas, water and electrical industry, notably Union Gas and the Windsor Utilities Commission.

Jim is a Chartered Professional Accountant and holds an MBA from the University of Windsor. In 2015 Jim obtained his Chartered Director Designation from the Directors College (a joint venture of McMaster University and the Conference Board of Canada).