Today, David Pereira is a seasoned senior system operator working at the heart of Ontario’s power system. But on August 14, 2003, he was just a fresh-faced operator-in-training, still preparing to write his qualifying exam.

“The plan was to write the exam and start work in the control room the next day,” he recalls. “Of course, all the operators had reminded me several times that nobody at the IESO had ever failed the test, so it’s not like I was under any pressure.”

At precisely 4:11 p.m., priorities changed abruptly when the lights in the building suddenly went out. Though no one at the IESO or anywhere else knew it yet, a number of operational and procedural problems in Ohio had shut down the system and interrupted approximately 62,000 MW of customer load, leaving more than 50 million people across Ontario and the northeastern United States without power. 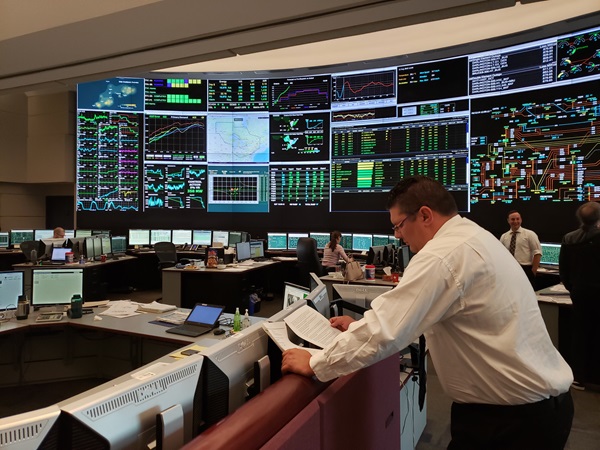 Needless to say, it was immediately all hands on deck at the IESO and that included David. The control room manager told him to get every NERC-certified operator in the building to the control room, and then guard the door and not let anyone in, no exceptions.

“I was a brand new employee, a blackout had just happened, and my boss told me to keep everyone out – I wasn’t going to mess this up,” he says, adding “I even turned away the COO.”

Inside the control room, every phone was ringing off the hook, every operator was glued to their screen doing whatever they could to find out what was going on and restore power.

At around 11 p.m., the control room manager told him to go home and rest up for his test in Guelph, confidently assuring him that power in the area would be restored by the next morning. David did as instructed, and after an eerie drive along a deserted QEW, he arrived home to find his neighbours barbequing on the front lawn.

“I was immediately ushered over for a beer and some food and jokingly asked at least 54 times if I had pushed the wrong button,” he remembers.

The next morning he arrived in Guelph after a few hours’ sleep and another eerie drive along an empty 401 to find the power restored just as predicted. He wrote the exam, passed and returned to the IESO a full-fledged operator.

But there was no time to celebrate.

“That first week was the best learning experience a new operator could’ve asked for," he says, referring to the nerve-wracking task of manually dispatching Ontario’s generation fleet. "It was trial by fire, so I basically became a sponge, absorbing as much knowledge as I could from all the more experienced operators.”

Thanks to the IESO’s efforts, by 8 p.m. on August 22, normal production had been restored, though public appeals for reduced energy consumption remained in effect a little while longer.

Learn more about the 2003 blackout and the IESO’s efforts in restoring power.